The Voice for Equity 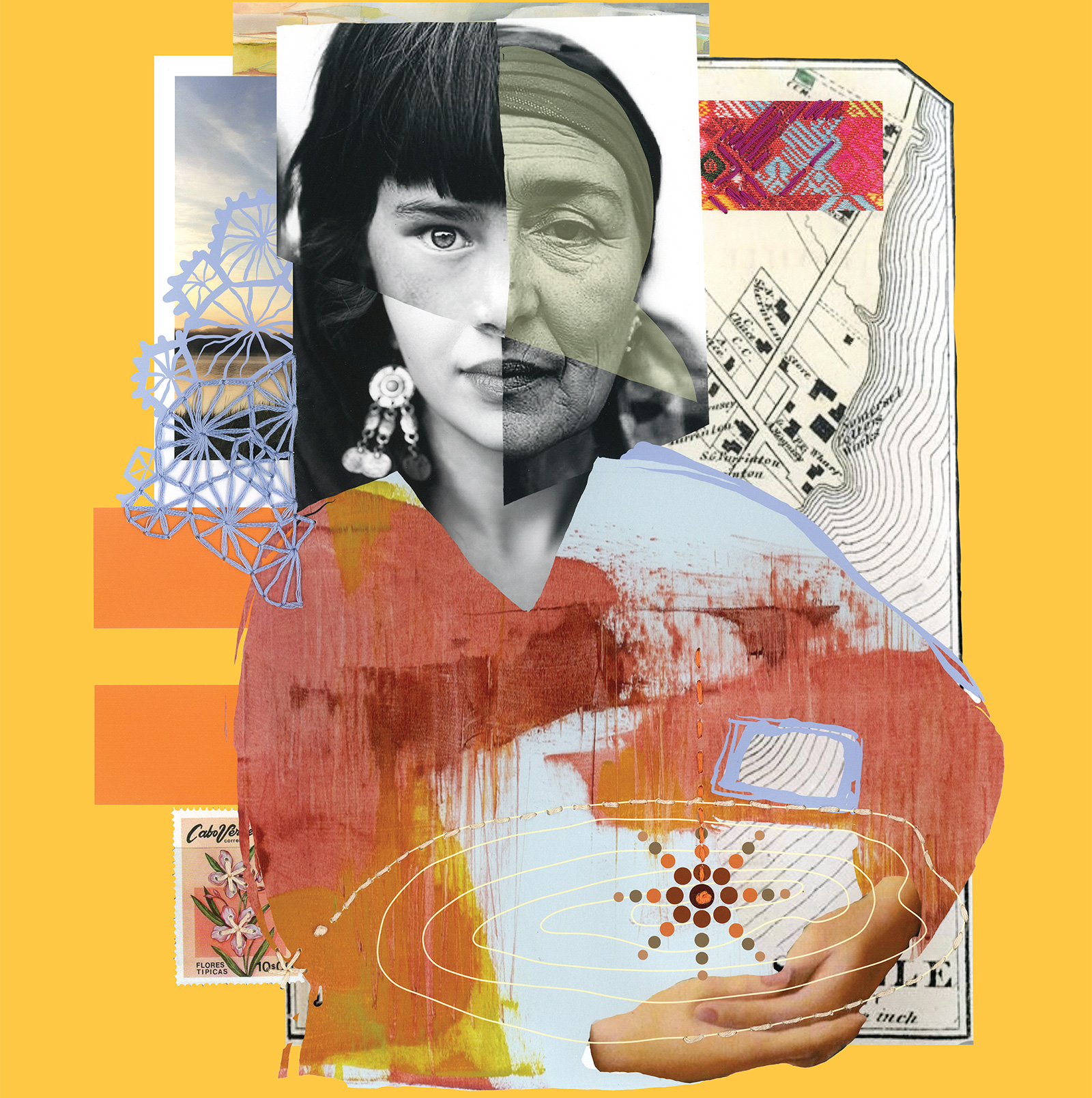 It is so empowering and exciting to see so many of us here today. The Women’s Alliance has done a great job Organizing this important …

It is so empowering and exciting to see so many of us here today.

The Women’s Alliance has done a great job Organizing this important rally and thank you for all work do you in the region for women and girls. These women are our region’s feminist leaders

We all knew the 2016 election was all about the Supreme Court. WE WERE RIGHT. We knew we were right. We are always right when it comes to our lives and our bodies.

I believe it is important for us to remember the journey we have been on to get us to today.

From 1879 to 1965 it was constitutional, hence legal, for states to prohibit the dissemination of contraceptive information, advice, medicine, or devices.

In 1965 the Supreme Court decided the Griswold case. In this case, the Court ruled states could not interfere with contraceptive decisions between MARRIED couples. At this time the only included marriage between a man and a woman. The Court found married couples had a Constitutional “right to privacy”. The Court looked at the Constitution, Bill of Rights and several Amendments to reach their conclusion that this right was “contained” in these documents.

Seven years later The Court decided in Baird that to extend the right to privacy to individuals. Now, in 1972, individual men and women, unmarried, could make their own decisions and get birth control.

Finally, one year later we have Roe v Wade. It is not to go unnoticed that Roe was a case out of Texas. Yet even with the Court extending the “right to privacy” to a woman seeking to terminate a pregnancy, it was not given to her alone. She had to make this decision In consult with her MD. And both the woman and the MD had to balance the state’s interest in protecting what the Court called “prenatal life” against a women’s right to abortion, termination of this “prenatal life” against a women’s health.

It is important to remember that Not one of these decisions was unanimous. Even within the majority, in each decision two, three, or four justices wrote concurring opinions outlining their particular reasoning for his decision. Each decision had qualifiers, Balancing, and restrictions such as “married couples”.

So for the record, we have NEVER had complete control over our bodies.

We have been “ granted” limited rights.

Before and since these decisions the religious right and the ultra-conservative Republican Party, which is endemic today, have been nibbling and now viciously attacking these rights. They have never given up. NEVER., not for one single day. They will not stop until Roe, Griswold and Baird are history.

How have they done this?

First, they went after our most vulnerable women, poor women. The Hyde Amendment was a mere three years after Roe. As we know, it prohibited the use of Federal funds to counsel and advise women seeking termination and the payment of same. Apparently, poor women in this country do not have a “right to privacy” unless they can afford their own health insurance or privately pay for an abortion. In other words, it is not an option for poor women. Currently, only 18 states have passed legislation providing state financial assistance to poor women seeking termination. And among these, there are varying degrees of limitations, ie for rape, nicest, likely death risk to the woman.

For poor women, Roe vs Wade meant little. We cannot forget this. Federal funding MUST be A critical and Important part of the new struggle for reproductive rights. These rights must be available for ALL women, including poor women.

Now we have SB 8 in Texas and Dobbs in Mississippi. These laws and lawsuits are a frontal attack on our current and future rights. Our enemies- and they are our enemies, are clever, smart, well funded and do not play by the rules. SB 8 tries to make us and The current Supreme Court believe this law does not involve STATE action, as defined by Roe and Griswold, rather it is citizens who will enforce it. So how does the Court enforce it? Who do they tell to stop enforcement? State action has nothing to do with it, they say. Very clever. And the Supreme Court thus far has bought this dubious argument.

Dobbs is going after the “right to privacy”. They are saying to the Court, “read the Constitution. Do you see the words “right to privacy” in that document, the Bill of Rights or any Amendment. Whereas the earlier Court read these documents as living and looked to apply them to the present day, Dobbs, says if the words are not there in black and white, it does not exist. And Dobbs believes it now has the Court to win.

We have a lot of work to do. We cannot rely on the Courts alone to protect our rights. We need a boots and suspenders approach: Political and legal

We must make our state and federal legislators understand not only that Roe and Griswold cannot be overturned, but that our federal government MUST also protect and ensure the reproductive freedom of all women including poor women.

We have a lot of work to do.

What, where, how? Some ideas: Our own Women’s Alliance Alliance; planned parenthood; supporting political candidates in sister states, as close as Maine and New Hampshire, who are facing tough battles. Someone like Susan Collins has got to go, while Maggie Hassan has to stay.; NARAL; supporting the defense teams fighting SB8 and DobbsWe can all help that happen with time, treasure and money., as we say at the women’s fund. NARAL, The defense committees fighting SB8, Dobbs and the cases yet come; The Coalition for Social Justice, the Women’s Fund, YWCA, IAC, CEDC, etc etc. the wonderful thing is we also have Dr. Google, she is female and can help us connect the dots finding what where and how. Talk with these women you have heard from today. All of the organizations your see sponsoring this rally. They are on the ground. They know where our efforts can best be directed.

I will not be part of the underground ferry service again. Between Griswold and Roe, women my age shuttled women needing or wanting to terminate their pregnancies to doctors who would perform the procedures in their offices. I lived in Connecticut and the Doctor we used was in White Plains New York. We drove 3 hours to the office for the “safe” but illegal procedure. There was no recovery time. The woman left the office immediately and sprawled in the back of my van. It was scary for her and for me. What if we got stopped? What if we broke down? What if something went wrong. Usually, the woman would spend the night at my home getting her strength back. I will not do this again. None of us will do this or tolerate any of the other far worse things women were forced to undergo. We must fight back with everything we have. Not just today, but, like the religious and ultra-conservative right, every day. We in Massachusetts feel safe. But We are not if the national agenda is against us. Remember, it is no coincidence that Margaret Atwood set the Handmaid’s Tale in Cambridge. To remind us.

Our Supreme Court right now is complicit in undermining our rights. These folks are on the Court for life. We MUST ensure the next, next and next elections and laws, at every level of government, are progressive. We must protect her. We have no choice.

Our female future truly depends on reproductive freedom. We have always known that. Everything else, for us, follows. It matters if we have ten children or two. It matters if a woman dies as the result of an illegal abortion or in unwanted childbirth.

We have been here before. We have fought hard fights before. We must do it again. And now is our moment. As has been said for much too long and we must remember, no one will give up their power over you, you must take it from them. We MUST take and use our power. We begin, but do not end our fight today.

Sign up to receive emails from the Women’s Fund

We imagine a world in which women and girls are valued and their voices heard.

The success of women and girls ripples through the community to make a more just place for all.

Get news from Women’s Fund SouthCoast in your inbox.